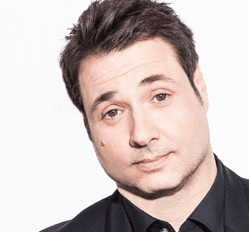 Adam Ferrara is an American actor and comedian who played the role of Chief “Needles” Nelson on the critically acclaimed FX series Rescue Me is also a co-host on the U.S. version of Top Gear and is playing NYPD Sgt. Frank Verelli opposite Edie Falco on SHOWTIME series Nurse Jackie. He also played Detective Tommy Manetti on the television series The Job.

Camping al fresco with Adam Ferrara. This episode is brought to you by LightStream (www.lightstream.com/pardo), ZipRecruiter (www.ziprecruiter.com/pardo), and Untuckit (www.untuckit.com code: PARDO).

Blowing the doors off with Adam Ferrara. This episode is sponsored by Club W, NatureBox, Bonobos, and Harry’s.

Shifting gears with Adam Ferrara.   This episode is sponsored by:   Squarespace. Building a website made easy. Use offer code PARDCAST for a free trial.    Naturebox: Go to naturebox.com/nevernotfunny to save 50% on your first box of delicious snacks.