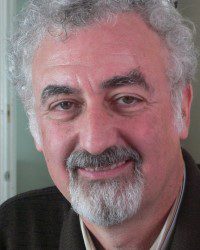 He got his start in the industry working in the trailer department for Roger Corman. He later went on to direct the Corman-produced films Hollywood Boulevard, Deathsport, and Rock ‘n’ Roll High School. Arkush also contributes commentary to the web series Trailers From Hell.

Blow Up The High School

Allan Arkush is the director of The Ramones motion picture Rock 'n' Roll High School, Get Crazy, Heartbeeps, and much more. A true legend out of the Roger Corman school of filmmaking, he joins Jake to discuss how the 1964 Beatles' film…