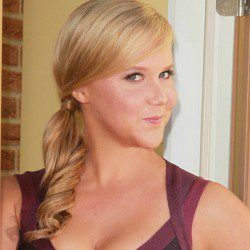 Matinee Monday: The Color of Night

To keep you entertained at home, we're rereleasing some classic Earwolf and Premium episodes from behind the paywall! You can find the rest of this series on Stitcher Premium. This week Laurie presents stand-up sets from Conan in 2010 and 2011, including…

Comedian Amy Schumer feels fully indifferent about being Conan O’Brien’s friend.   Amy and Conan sit down to talk about comedians getting buff, cult leaders, debuting Amy Schumer Learns to Cook, and whether a baby can have “it”. Plus, Conan and his team…

Yup, you guessed it — it's time for a Kyle Dunnigan solo episode! Kyle takes a break from his writing in New York to perform some listener-suggested Punkys and get into it with multiple  special guests. First, Kyle interviews fellow "Inside Amy Schumer"…

I’m definitely not projecting on you when I say you’ll definitely love that Amy Schumer is on this week’s episode of Professor Blastoff! Amy joins Tig, Kyle, and David to share of times when she has projected complete backstories for people, her…