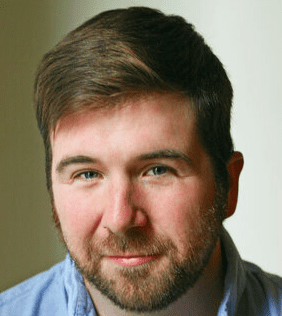 Andrew Farmer is a disabled writer/performer & comedian based in Los Angeles, CA. He’s a recipient of the 2018 Jonathan Larson Grant, and his work has been produced at The Museum of Modern Art, Ars Nova, Playwrights Horizons Downtown, Joe’s Pub, The Williamstown Theatre Festival, The Walker Space, Theater Aspen and The Yale School of Drama.

He has developed television projects with CBS Studios, Stampede Ventures, Animal Kingdom, Imperative Entertainment, and First Look Media and is a writer on TBS’ Miracle Workers.

Alongside SNL writer, Anna Drezen, he is the co-host of the comedy/horror podcast, Scary Stories to Tell on the Pod, produced by the Forever Dog Network.