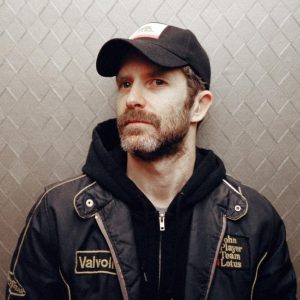 Andrew Orvedahl is a standup comedian, actor and writer best known for his work with The Grawlix. The comedy sketch group was just named one of Variety’s “10 Comic’s to Watch.” Andrew has toured all over the country and was previously a “New Face” at the Just For Laughs Comedy Festival in Montreal. Andrew’s stand-up album, Hit the Dick Lights was named one of the top 10 comedy specials of 2013 by Time Out New York.

Dark Secrets from the Teacher's Lounge

Did you ever have the sneaking suspicion that when your history teacher rolled out the old A/V cart for movie time that he was completely hungover? Or that that one teacher who seemed to hate you on a molecular level was giving…

Comedians and two-thirds of truTV's "Those That Can't" Adam Cayton-Holland and Andrew Orvedahl make their return to the Country! They talk with Randy and Jason about Mike Tyson's ice cream theft at the U.S. Open as well as Kurt Angle's headbutt prowess…