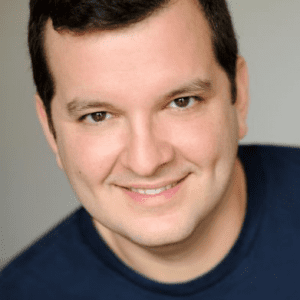 Ari has been performing improv, standup and sketch comedy since there were hookers in Times Square. He has been a member of the Upright Citizens Brigade Theatre since 1997 and has been teaching there for over ten years.Ari is a regular on all those VH-1 shows your niece watches, like The Best Week Ever and Top 100 Videos, and has also appeared on Late Night with Conan O’Brien and Comedy Central’s The Upright Citizens Brigade.He has contributed to Saturday Night Live’s Weekend Update and has written for GQ, Grantland, SPY, Esquire, Entertainment Weekly and many other magazines.Ari is one half of the comedy duo Mark & Ari, whose last show, Loft, ran at UCB Chelsea for a year and was a Time Out New York Critic’s Pick. Their comedy short “Small World” was directed by John Landis and featured on The Tonight Show. The have won an award or two for script writing. No big deal.Over the years Ari has been lucky enough to fall in with some fantastic Harold teams, like DeCoster and Pound, and has been part of countless shows, including ASSSCAT, Let’s Have a Ball and Wicked F***in’ Queeyah, an annual salute to his home town of Boston that he co-created with Amy Poehler and Rob Corddry. He co-hosts Hot For Teacher: The UCB Faculty Show every Wednesday night with his insanely funny wife Betsy Stover.Ari and Betsy live in Brooklyn with their intrepid sons Rex and Ajax and their good-natured but humorless terrier Walter. Ari is currently writing a superhero courtroom comedy feature film, and is working with Mark Sarian on a sketch comedy web series for 2013.

Phil Rosenthal, Andy Daly, Katie Dippold and Ari Voukydis join Matt Besser this week for scenes about restaurant patrons ordering as a collective, injured schoolkids with fantastical excuses, and an attempted apology for driving through a barbershop. Plus, a teacher pays a visit to an archaic school board and a villager speaks out against the penis artwork spreading through his town.

This episode is sponsored by HBO’s Crashing and Beachbody On Demand (text IMPROV to 303030).