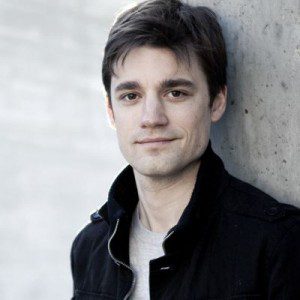 Ben Rodgers has been performing at the UCBT in NY since 2002 and has been in hundreds of improv and sketch shows. Ben’s also starred in many featured videos on FunnyorDie.com, Collegehumor.com, and UCBcomedy.com and has appeared on Comedy Central and Late Night with Conan O’Brien.

Adam Pally and Jon Gabrus join Scott to talk all about their new truTV show “101 Places to Party Before You Die.” Then, cameraman Jack Furz returns to talk about the vigilante Nite Wolf’s latest adversary the Cross Puzzler. Later, intern Gino Lombardo stops by before UK bully Bethany Waterbottle arrives on her bullying rampage. Plus, celebrity litigant Johnny Depp drops by to debut his Bummer of the Week feature.

Jon Gabrus, Ben Rodgers, and Ryan Stanger of The ActionBoyz Podcast join Matt Besser for this week’s improv4humans! They perform improvised scenes about real wrestling, pervy dentists, and farting in church. Plus, getting mistaken for a bear, rubbing happiness in the faces of others, cheating Who Wants to Be a Millionaire, and more!

Director Edgar Wright returns along with Ron Mael and Russell Mael of the band Sparks to talk to Scott all about their new documentary The Sparks Brothers. Then, cameraman Jack Furz returns to spread the word about a stolen car that belongs to the vigilante known as the Nite Wolf. Plus, notorious wimp Buck Tango stops by to make an announcement.

Comedian extraordinaire Jamie Lee joins Scott to talk about sharing her wedding planning trips & tricks on her new Netflix show The Wedding Coach. Then, lawyer Italiano Jones is back to help fight for Scott. Later, Entree PeeE Neur returns to make life easier with her brand new inventions. Plus, podcast hosts Jeoff and Geoff of the Sports Dude podcast stop by to talk about all things sports.