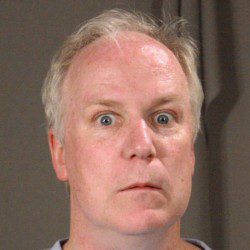 Bill Corbett is a former writer for MYSTERY SCIENCE THEATER 3000 and also a performer on the show, providing the voice of the robot Crow (v.2.0) and playing various other strange characters — including the all-powerful but clueless alien The Observer (a.k.a. “Brain Guy”). Corbett is also a screenwriter and playwright. Corbett’s screenplay STARSHIP DAVE, co-written with Rob Greenberg, was made into the movie MEET DAVE starring Eddie Murphy, released by 20th Century Fox. His plays have been produced internationally. Corbett’s comedy THE BIG SLAM has been produced at numerous theaters across the U.S., including Woolly Mammoth in Washington, D.C.; ACT in Seattle; and actor Jeff Daniels’ Purple Rose Theater in Chelsea, Michigan. Other plays include HATE MAIL, THE STUFF OF DREAMS, and his comic book holiday mashup SUPER-POWERED-REVENGE CHRISTMAS #1.

Fans of Mystery Science Theater 3000 are in for a big treat! This week on the calming shores we have MST3K veterans Kevin Murphy and Bill Corbett talking puppets, Woody Allen impersonations, and Drive-By Elmos. And Bruce Jenner is back and on…