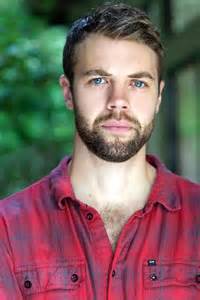 Brooks is a cool dude from Iowa. He went to University of Iowa and got a biomedical engineering degree, but then pursued comedy. Most recently Brooks was a cast member NBC’s Saturday Night Live and appeared on CONAN to do stand up. In 2013 he made his television debut on Comedy Central’s Adam Devine’s House Party. And in 2012, he was invited to perform at the New York Comedy Festival as a part of Comedy Central’s Top 10 Comics to Watch, and was a breakout performer as a new face at the prestigious Just for Laughs Festival in Montreal as well as the Comedy Central South Beach Comedy Festival. Rolling Stone also named Wheelan one of the 45 best acts from the Bonnaroo Music and Arts Festival in 2014. Brooks is currently headlining throughout the US and chilling pretty hard.

Sports are back! The Nicks drunk bet friend and comedian Brooks Wheelan $500 that he can’t run a marathon in under 4 and ½ hours. Over beers they discuss his strategy, the 3-miles-a-day running regimen he has done for four years, his…

Comedian Brooks Wheelan joins Howard and guest co-host Jessica Chaffin to break the mold on a jam-packed Who Charted! They count down Billboard’s Top 5 Mainstream Songs while sorting out their Hogwarts Houses, and Howard makes the effort to find his inner…

We kick of this episode of Who Charted with three the things that any non-millennial must do in order to consider themselves a "trans-milennial." Then, Kulap and Howard welcome to the show SNL alum and stand up comedian Brooks Wheelan. Brooks talks…

Randy and Jason start the episode with whether or not Nascar driver Kurt Busch is in fact dating a trained Assassin, why Jay Cutler leading the Chicago bears to a 5-11 season is the worst thing he can do as a father,…