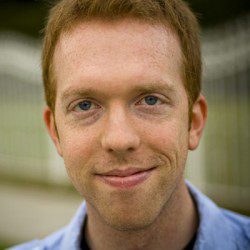 Chris Kula has been performing sketch and improv at the UCB Theatre since 2001. He is currently a writer on NBC’s Community and has previously worked as a staff writer at MADtv, Funny or Die, and Comedy Central’s Onion SportsDome. Other writing credits include the Onion News Network, NPR, MTV, and various TV pilots. Kula spent two seasons as a panelist on CNN’s Not Just Another Cable News Show, while on the UCBT-LA stage he has improvised in ASSSSCAT and Harold Night, and he currently performs weekly with The Smokes.

Coach of the Marina Del Rey High football team Kevin Alamo (Chris Kula) joins Marissa and Listler for this week’s WOMP IT UP! Coach Alamo gives Marissa tips on finding the one person to complete her and explains why he left his…

Have you ever endured an aggressive tickling before? Andy Daly, Stephanie Allynne, and Chris Kula are here to improvise some scenes inspired by a listener’s cupcake eating competition incident, Stuff You Missed In History Class, and Oscar Pistorius. It’s enough to make…

Are you prepared for the healing power of improv? This week's bonus cut features Katie Dippold, Chris Kula, and Billy Merritt experiencing life-and-death miracles of pale skin and evil breath.

Chris Kula, Billy Merritt, and Katie Dippold are three members of the improv team The Smokes and they are showing their true colors this week on improv4humans! At times, this episode is a crime thriller. At other times it'll teach you about…

He's been a writer for MadTv, UCB Theatre, and the upcoming Onion News Network on Comedy Central, but whats even more awesome about CHRIS KULA is that he's getting married this weekend, the perfect way to celebrate being on the Totally Laime…