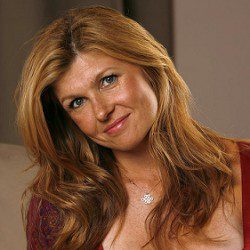 Connie Britton is an actress. She is best known for the roles of Nikki Faber on the ABC sitcom Spin City, Tami Taylor on the NBC/ DirecTV critical success sports drama Friday Night Lights, for which she was nominated for two Primetime Emmy Award for Outstanding Lead Actress in a Drama Series, and as Vivien Harmon in the FX drama series American Horror Story. Her most notable films are Friday Night Lights and A Nightmare on Elm Street.

Do you love American Horror Story? Did you love Friday Night Lights? Of course you did! Connie Britton is sitting in with the ladies to talk about growing up with a genius father, being a twin, and cultivating a film career. God…