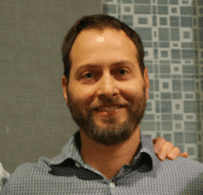 Dan Goor is an American comedy writer and television producer. He has written for several comedy talk shows including The Daily Show, Last Call with Carson Daly and Late Night with Conan O’Brien. He also worked as a writer, producer, and director for NBC primetime series Parks and Recreation, and is executive-producer and co-creator of the Fox/NBC series Brooklyn Nine-Nine.