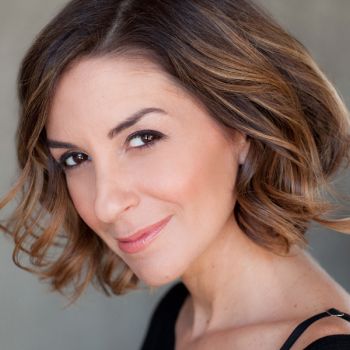 Danielle Schneider, an actor, writer and comedienne, is a graduate of NYU’s Tisch School of the Arts. She (along with her writing partner Dannah Phirman) created and stars in the HULU series Hotwives of Orlando, with a second season coming out in August. As an actress Danielle recurred on NBC’s Marry Me. She has also appeared on Community, Happy Endings, Adult Swim’s NTSF:SD:SUV and E!’s Burning Love. Danielle was also a long time panelist on VH1’s critically praised and highly rated Best Week Ever.

As a writer Danielle has written movies for Universal, Disney and New Line. Danielle was also a writer on NBC’s Marry Me and is currently writing on the new NBC show Hot and Bothered.

You can catch Danielle performing live regularly at the Upright Citizens Brigade theatre in Los Angeles.

Casey Wilson and Danielle Schneider (Hotwives Of Las Vegas) LOVE the Real Housewives on Bravo, and they’re sharing that excitement with you on Bitch Sesh! Listen in to hear the ladies dish on the season’s wildest moments, answer to all your burning Housewives questions, drink Housewives-branded wine, and bring on some super special guests. Don’t…

Scottish singer-songwriter Rianne Downey joins John Gemberling, Danielle Schneider, and Matt Besser for a LIVE improv4humans from SXSW! Rianne performs songs that inspire scenes about threats of the devil at your door, singing too loudly at a concert, losing a grudge list, insincere awwww-ing, and much more!

Danielle Schneider, Anthony Atamanuik, and John Gemberling join Matt Besser for a LIVE improv4humans from SXSW! They take audience suggestions that inspire scenes about being appreciated for wristband work, an experimental Worf algorithm, tripping True West actors, a Gary Larson biopic, and so much more!