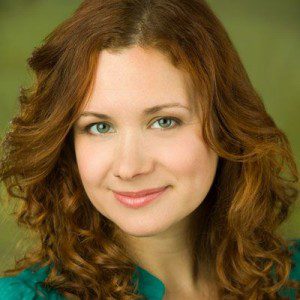 Dannah Phirman is an actress, writer and comedienne. She was a member of Respecto Montalban, a long-running improv team at the Upright Citizens Brigade Theatre in both New York City and Los Angeles. She wrote and performed in a two-woman sketch comedy show, Eye Candy, which went to the Aspen Comedy Festival, and co-hosted the Nightlife Award winning Automatic Vaudeville at the Ars Nova Theater. Dannah was a featured cast member on FOX’s Mad TV, and has appeared on Late Night with Conan O’Brien.

This week on another Undercovers with Off Book episode, the insanely hilarious Earwolf favs Seth Morris + Dannah Phirman, hosts of the live variety show Brighter! join the gang for some fun. We got songs about “Buff Tom Hanks”, a “Mock Trial Sock Hop” and… improv?! It’s true!

447 — Fauci Ouchie (And Other COVID Symptoms)

Bitchsesh is back with special co-host/royal watcher/Scheana Shay apologist Leslie Grossman who chides Danielle for being late to Vanderpump though she has her own (Valetta) skeletons in the closet. Then Hotwives co-creator Dannah Phirman stops by to talk bad lighting and snow globe abundance.

They delve into the boring “BeSerkshires”, Robyn’s umbrella work, Shep’s bloated good looks and whether two different kinds of sperm are actually allergic to one other.

Gavin Speiller, Dannah Phirman, and Chad Carter join Matt Besser this week for scenes about a new friend that can’t get acknowledged, a man who won’t use any toilet but his own, and the theft of a neighbor’s BarkBox. Plus, a cafe goer demands a cereal straw for his milk, a mobile game gets in the way of a funeral, and a breast-exam rap group takes a closer look at their lyrics.

Actress, comedian, and writer Dannah Phirman (The Hotwives of Orlando, WordGirl, Newsreaders) joins Sarah and Susan to talk about watching Real Housewives as research for her show The Hotwives, “Traveling Soldier” by Dixie Chicks, the goodbye scene from E.T. the Extra-Terrestrial, “We All Sing with the Same Voice” from Sesame Street, and The Snowman.

Danielle Schneider, Don Fanelli, and Dannah Phirman join Matt Besser on this week’s improv4humans! They improvise scenes about the best reason to get the redshirt on a football team, wealthy homeowners engaged in serene shakedowns, and a hands-on approach to finding out where you shouldn’t be. A street interview leads to the exploration of speed drama, tech problems are dealt with through rap, and finally, Matt teaches a radical new method of improvisational training.

This episode is sponsored by Blue Apron.