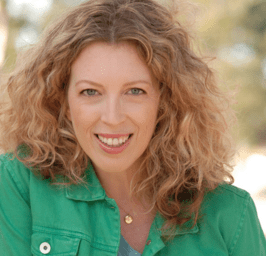 Casey is joined in the virtual nook by the bright shining light that is Mrs. Deanna Cheng! Casey and Deanna reminisce on the greatest weekend of their lives celebrating Matt’s Bachelor Party and then making a hard turn into the grieving process after a loved one dies. It’s a ride. They are later joined for an IMPORTANT segment by best-selling author, Emily Liebert who – in addition to the six novels she has written on her own – also served as the ghostwriter for Teresa and Margaret. Emily was basically an NJ cast member last year. She also owns the yacht in question from last season and it feels grounding to touch down on which Housewife has the best, “yacht sense.” Enjoy!

Bitch Sesh All-Star Deanna Chang is back in the virtual nook to discuss the new season and the new noses, mouths and chins of New Jersey. They deep dive on the Luis video, the “comedy” show and of course the biggest debate, did Bill Aydin sleep with a pharma rep or a receptionist?!  Plus there’s Jen from SLC’s rant (that will be done in monologue competitions for ages to come), Noella’s sweat lodge nightmare and Emily and the other one.

Danielle is blessed to have Bitch Sesh fave Deanna Cheng step in for Casey this week (Happy Birthday Casey!), and they are joined by an even better Danielle, Danielle Henderson (writer and former RHOA recapper for Vulture). (better) Danielle takes us through her favorite Atlanta season, before the fame and plastic surgery, and explains why she thinks the Richards sisters of Beverly Hills have nothing more to give.

Then they dive deep into the glory that is Potomac, including Candiace’s mommy issues, Michael Darby’s daddy issues, and Robyn’s early arrival issues. Sip and See and Listen to this episode, it’s a wild ride that all takes place on Jesus’s back.

Enjoy this Corona free LOVE IS BLIND VERY SPECIAL EPISODE. Casey is joined by the delightful Deanna Cheng and lovely Jarrett Wieselman from Netflix who has some insider info on this important national phenom – sweeping the world more than CV! Enough jokes about end of days- stay safe everyone!

Casey and Danielle are joined by the incomparable Deanna Cheng. THEY CANT STOP TALKING ABOUT NY BECAUSE NY IS GIVING US EVERYTHING AND IF YOU DONT AGREE WE DONT KNOW EACH OTHER ANYMORE!!!!! They also delve into Potomac, Bev Hills and Southern Charm. #MomenttoMomentWork