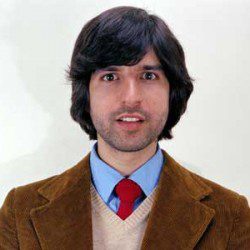 Demetri Martin loves palindromes and comedy. He took his unfortunate experience in law school and turned it into a successful comedy act with his special If I. He has since gone on to perform stand-up on countless television programs, write for the popular Late Night with Conan O’Brien, host his own show Important Things with Demetri Martin, and publish the pithily titled This Is a Book. His albums include These Are Jokes and Demetri Martin. Person.

You Know What I Mean?

Did you ever notice that Demetri Martin has never been on Comedy Bang Bang? Well Demetri is here in studio to tell us about growing up in the Jersey Shore, gift giving, and how he celebrates the holidays. Don’t you hate it…