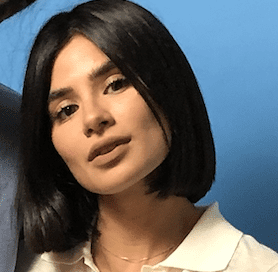 Diane Guerrero is an actress and author. She is known for her roles as inmate Maritza Ramos on the Netflix series Orange Is the New Black and Lina on Jane the Virgin. Guerrero grew up in Boston and remained there after the rest of her family was deported to Colombia. She is an advocate for immigration reform.

How Did Family Separation Affect Your Life? with Diane Guerrero

Actor, activist, and author Diane Guerrero joins Jonathan to blow his mind and open our eyes to something many Americans have experienced but isn't talked about enough. Diane is an outspoken advocate for commonsense, comprehensive immigration reform and has worked with Immigrant…