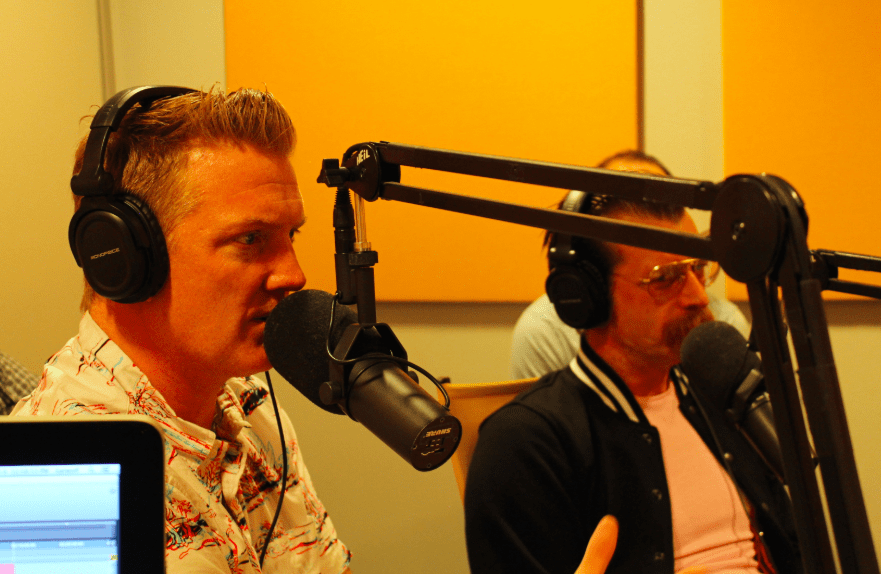 Eagles of Death Metal is an American rock band from Palm Desert, California, United States, formed in 1998 by Jesse Hughes and Josh Homme, who are the only permanent members of the band, though Homme rarely plays live shows because of commitments to other bands. There are also a wide range of other musicians that play under the Eagles of Death Metal moniker, both on the albums and in live shows, frequently under humorous aliases.

It’s a Fuller House as fan favorite Colin Hanks returns to the show along with Jesse Hughes and Josh Homme of Eagles of Death Metal on this week’s B-B-B-ONUS Comedy Bang! Bang! Join them as they reminisce about the good ol’ days of getting music at a record store and the first time the two JH’s became chums. Later, everyone goes on a Colinary journey as they sample new inventions from Maximilian Lugner and Dr. Hiro Tokyo, the creators of the Halloween Whopper.