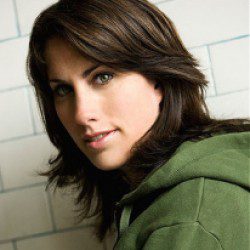 Erin Foley is a much sought after stand-up comedian who recently made the jump from New York City to Los Angeles. While in NYC, Erin played The Improv, Gotham Comedy Club, Caroline’s on Broadway, The Laugh Factory, and more. Her television credits include her own Comedy Central Presents as well as a slew of appearances on The Smoking Gun Presents: World’s Dumbest.

The brilliant comic Erin Foley joins Matt and Dave to talk about why gay cruises are the best crowds, fav couples on Bachelor in Paradise, and her new comedy album “Deep Dive.” Plus, the first joke she told onstage, being in a…

Swinging away with Erin Foley.

Lady energy is up in the County as Sports Without Balls host Erin Foley stops by to discuss all things Super Bowl! After Randy & Jason read some listener emails, Daniel Van Kirk gets us into some of the crazy stories he…