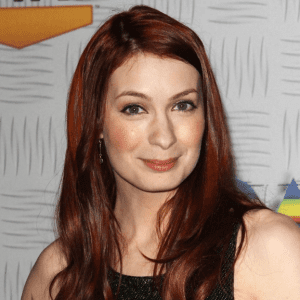 Felicia Day is an American actress and writer. She played the character “Vi” on the TV series Buffy the Vampire Slayer and acted in movies such as Bring It On Again and June, as well as the Internet musical, Dr. Horrible’s Sing-Along Blog. She is the star, writer, and producer of the original web series The Guild, a show loosely based on her life as a gamer. She also wrote and starred in the Dragon Age web series Dragon Age: Redemption.

Actors/producers/podcasters Felicia Day and Janet Varney join Scott to talk about the new season of their podcast Voyage to the Stars, tattoos, and the difference between RiffTrax and Mystery Science Theater 3000. Then, magician The Great Magna stops by to talk about his search for a rival. Plus, small business owner Mary Lisa returns to talk about starting a political career.

At last, the wizards convene to form a plan to defeat the Dark Lord…and celebrate six years of Hello from the Magic Tavern!

Jyn’Leeviyah the Red Wizard rune-bombs the podcast. Arnie and Chunt form a new theory about wizards.

Jyn’Leeviyah the Red Wizard is back and she has a talking crossbow. Together they’re going to kill some people.

Felicia Day (The Guild, Dr. Horrible’s Sing-Along Blog) and Colton Dunn (Superstore) from Voyage to the Stars [itunes.apple.com] join Jess and Zach in an all-new improvised musical packed with egg laying, mermaids, Bryce Dallas Howard, little crabs and more! With songs like “Friends Take A Bubble Bath”, “Jackpot”, and “Is This a Twist?”, you’ll feel like you’re on a party bus to Vegas listening to this new ep!

This episode is brought to you by Leesa (www.leesa.com/OFFBOOK) and The Real Real (www.therealreal.com).