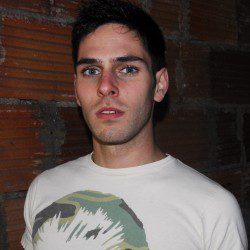 Where hard work meets opportunity. Moments after Engineer Doug decided to resign from his duties running the store, Frank emailed blindly asking if he could help Earwolf. That night he was hired. Frank proved himself to be hard working, professional, resourceful and a general joy to work with. He used to run the store, co-produced Project Tippy Toe and with Doug’s help even learned how to be an audio engineer. Frank has a bright future doing whatever he chooses.

Ku-Ku & Wie-Wie aka the Dream Team are back to discuss Howard’s Have A Summah Tour antics on today’s TWO CHARTED! Wie-Wie drops the bomb on what happened in Seattle, tells us how he got scammed by hippies, and shares the surprise…

With Season One of The Earwolf Challenge under our belt, we're ready to go back and see what worked, what didn't, and how we can make Season Two even better. This serves as both an episode of The Wolf Den and The…

Now that the dust has settled and we've all taken a few naps, we're ready to discuss Earwolf 2.0! The bulk of the Earwolf team is in the studio with The Plop List's Joel Mandelkorn to talk through the new Earwolf: What…