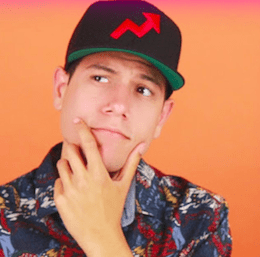 Iván Emilio Albino is a Spanglish-speaking host, actor and video producer born and raised in Mayagüez, Puerto Rico. Shortly after graduating with a Bachelors of Science in Media Communications from Full Sail University, he moved to Los Angeles, CA to work as a video intern for BuzzFeed. Iván Emilio quickly moved his way up to becoming a talent and producer for Pero Like – BuzzFeed’s popular Latinx brand. The young personality has produced and appeared in numerous videos for the channel, where he has had the opportunity to use his hosting, acting and producing skills all in one place. Iván Emilio also produces content for his own social media platforms allowing him to show more of his life and bring extra entertainment content to his followers.

The SAP crew breaks down the worst questions to ask on a first date including, “So you’re a comedian? Tell me a joke.” Later on, Iván Emilio talks about his fashion evolution and how he ended up at Pero Like. He also…