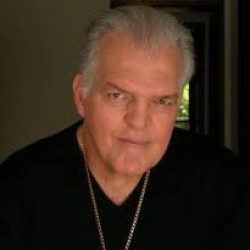 Jack O’Halloran is a famed heavyweight boxer and ator. In the ring, he notched seventeen knockouts over the span of a winning career. He later turned to acting, notably appearing in Superman, Superman II, King Kong, and the 1976 adaptation of Raymond Chandler’s Farewell, My Lovely. He currently lives in Los Angeles, where he remains active in the film industry and is hard at work on his second novel.

And now the exciting conclusion of our show at Largo! Our special guest is Jack O'Halloran who doesn't just tell stories from the sets of Superman I & II, but clues us into the life of the world's most infamous gangster's son.…