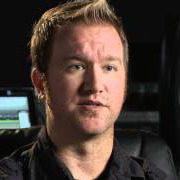 Jim Roach is an accomplished multi-instrumentalist producer and owner of Red Parade Music Group based in Los Angeles, California. After several years of being on the road and in the studio as a drummer, bass player, guitar player, and songwriter for major label bands, Jim switched gears in 2004 to work exclusively in the studio with artists that were looking to hone their sound and songs.

Today he uses his musical and studio background to produce both successful artists and those that are up and coming at his studio in Los Angeles. Jim operates his label Red Parade Music. which finds and develops exceptional artists. His time is split between finding and developing these new acts and making records with other bands and artists.

Today's "anything goes" episode starts off with the gang talking about their feelings about traveling for work and bring back the mother meditation. Then, have you ever wondered what goes on behind the scenes in the music industry? Jim Roach is in the…