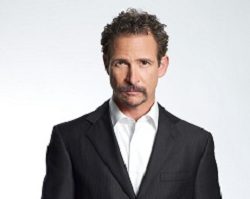 Jim Rome is an American sports radio talk show host syndicated by CBS Sports Radio. Broadcasting from a studio near Los Angeles, California, Rome hosts The Jim Rome Show on radio. For a number of years Rome hosted a television show Jim Rome Is Burning (formerly Rome Is Burning), which aired on ESPN in the United States and TSN2 in Canada. In 2011, Rome ended his relationship with ESPN to join the CBS network where he hosts his own show, as well as an interview-format show on the Showtime channel.

After 199 episodes of Sklarbro Country, Randy & Jason give credit where credit is due. For this special 200th episode, they speak with sports talk radio icon Jim Rome about his incredible sports radio career. They'll cover everything from Jim skipping class to instead…