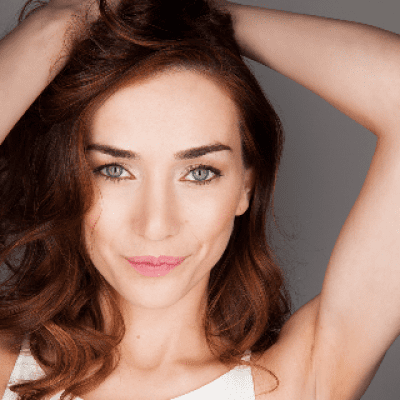 Jocelyn DeBoer is an actress known to kick some Nazi Zombie ass in the film “Dead Snow: Red Vs. Dead”. The zombie comedy, from “Hansel and Gretel” helmer Tommy Wirkola, premiered at the 2014 Sundance Film Festival. Jocelyn will next be seen on the screen featured opposite Anton Yelchin in the upcoming film “5 to 7” from “Mad Men” co-executive producer Victor Levin. Also making the festival rounds this year is “Thank You, Cabbage”, a short film starring Jocelyn written and directed by HBO’s Mitch Magee.

Jocelyn is originally from Illinois where she completed Second City’s training program and graduated from the University of Illinois with a BFA in Acting. She is a regular performer of both sketch and improv at The Upright Citizens Brigade Theater and has been featured in sketches on “Late Show With David Letterman”, “Inside Amy Schumer”, “Comedy Bang! Bang!”, and “The Pete Holmes Show”. Jocelyn stars in the series “That Couple You Know” on Lorne Michaels’s Above Average.

Writers, actors, and directors of the film Greener Grass, Jocelyn DeBoer and Dawn Luebbe join Scott to talk about the evolution of Greener Grass from a short film to longy, what it was like directing a film together, and some of their influences. Then, new timey prospector Skints McGlinty stops by to talk about the new California mining boom. Plus, Jennifer Lopez’s former assistant Tayleigh Lopez drops by to promote her new jewelry line.

This episode is brought to you by Squarespace (www.squarespace.com/BANGBANG), Thursday Boot Company (www.thursdayboots.com code: BANGBANG), and State Farm.

Singer-songwriter John Grant joins Scott to preview new songs off of his new record “Grey Tickles, Black Pressure” on today’s B-B-B-ONUS Comedy Bang Bang! We also meet Tom Jimson, the man who has the record for the most multiple personalities of all time ranging from old prospector to a giant Miyazaki baby. Plus, Scott’s cousin Delna stops by in hopes of getting advice on how to turn her bad life around.

Ryan Hansen and Jamie Chung of Hulu’s Resident Advisors get it percolatin’ on a B-B-B-ONUS-S-S Comedy Bing Bong! They’ll tell us all about the fun they had while creating all these hours of content before The Hooray Show’s Horatio Sanz walks into the studio to tell us about his new venture of managing the career of 1930‘s actress Bitsy Boo-Carmichael. Then, Jarles decides to pop in once again for more of his #ClassicJarles antics. Plus, Bitsy shows off her acting chops as she reads a script alongside Ryan & Jamie for season 2 of Resident Advisors.

Wyatt Cenac of The Daily Show and his new Netflix comedy special Brooklyn returns to Comedy Big Bang Theory! Wyatt tells us a bit about his new stand-up special after he gets to know the mysterious hacker Paul Funyuns, the man behind the recent leaked celebrity photos. Then, actress Bitsy Boo-Carmichael stops by to share her story of being cryogenically frozen since the 1930’s and how she is currently adapting to life in the future. Will Wyatt leave early like his previous appearances on the show? Will Paul hack into everyone’s mind? Will Bitsy accompany Scott to see Mannequin Two: On the Move? Tune in to find out!