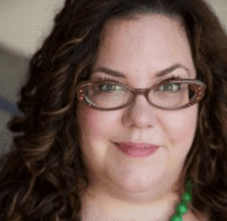 Julie Brister is a performer, director and teacher living in Los Angeles. She has been a part of the UCB community since it’s early days in New York City. She’s appeared in and directed dozens of shows including: her solo-show Fatparts, which she also performed at SF Sketchfest, Showgirls! The Best Movie Ever Made! Ever!, Laid Up, and Put it in You! The Sex-Ed Musical. In 2007, her short “Book It” was selected as a finalist for Oxygen’s Create-A-Series contest.

Rockin' and A Rollin' with Wolfman Hot Dog

This week, Marissa and Listler welcome the most popular art teacher for the last forty years, Miss Twerck (Julie Brister)! On “Hot Topics,” everyone recalls their romantic Valentine’s Day eves and Listler recounts how she spent her birthday.  Later, Miss Twerck learns what…