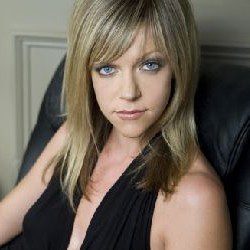 Kaitlin Olson is an actress best known for playing Sweet Dee on FX’s It’s Always Sunny in Philadelphia. She began her acting career at the Groundlings Theater, securing a much desired role as part of the Sunday Company. Kaitlin has shown off her sketch and improv training with shows like Punk’d, The Jamie Kennedy Experiment, and Kelsey Grammar Presents: The Sketch Show. Fun Fact: Kaitlin was one of the stars of The Sklar Brother’s web series Held Up.

Paul F. Tompkins welcomes listeners right under the wire to Spontaneanation! This time out, Paul’s special return guest is Kaitlin Olson of It’s Always Sunny In Philadelphia and The Mick! Kaitlin chats about what her spirit animal would be if she has…

Live from Largo with Kaitlin Olson

Casey, Danielle and April open the live show wearing their best Ramona, Sonja and Dorinda from the Halloween show. They are joined by the HILARIOUS AND GIFTED Kaitlin Olson (moonlighting as Carole/Amelia E.). Kaitlin performs a Dorinda for the ages that should…

The Gi Is In The Bag

Actress Kaitlin Olsen joins Randy and Jason this week to talk about getting cast in FOX's "The Mick," dealing with a household full of boys, and appearing on Curb Your Enthusiasm. Plus, Kaitlin shares her top bits from It's Always Sunny in…

Paul F. Tompkins welcomes adults and children of all genders but NOT pets to Spontaneanation! This week he is joined by special guest Kaitlin Olson of It's Always Sunny in Philadelphia! They chat about Kaitlin’s favorite invention, changing into soft clothes at home,…

It's always sunny in Sklarbro Country when Owen "The Butterscotch Stallion" Wilson and Kaitlin Olson (The Butterscotch Philly, of course) drop by. Kaitlin regales us with the joys of motherhood and the well-kept state of the Earwolf bathroom before she and The…

While it is impossible to replace Scott Aukerman, Paul F. Tompkins does a better job than any. On this episode he does the whole Paul-F-Tompkins-thing until his grandma's get there to teach us a little bit about Paul's upbringing. Paul also brings…