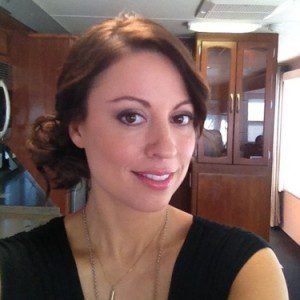 Kay Cannon is an American film and television writer and actress who is best known for her work as an Emmy-nominated writer and producer for the NBC series 30 Rock. Cannon has spent the last several years performing sketch and improv for theatres like Boom Chicago in Amsterdam, The Second City in Chicago and Las Vegas, IO (West and Chicago) and at The Upright Citizens Brigade Theatre in LA and New York. She wrote the screenplay for the 2012 film Pitch Perfect, and she is a co-executive producer and writer on New Girl.

Casey and Danielle are joined in the virtual nook by the writer/director extraordinaire of the new Cinderella movie, Kay Cannon! Kay is a fervent/borderline addictive fan of the franchise we all love/hate so much and she shares deep insights regarding Lisa Barlow’s betrayal of Meredith, why Harry Hamlin is her Brad Pitt and why the editing of Karen Huger’s “Surry Tourism Video” deserves an EGOT. Enjoy!

Danielle and Casey welcome writer of Pitch Perfect 1, 2 and 3 and DIRECTOR (!!!) of the current box office hit BLOCKERS: Kay Cannon. She is a doll and most importantly… a huge housewives fan! Also we have a VERRRRY special listener request…. cryptic! 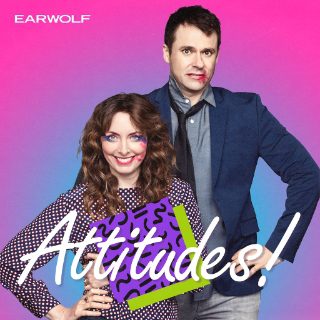 This week, Bryan brings to the table GA Rep. Betty Price’s reprehensible suggestion as to how to legally respond to HIV and Erin discusses the legal battles of a pregnant teenage immigrant stuck in Texas. Guest Kay Cannon joins to talk about actively seeking out work alongside other women, writing on 30 Rock and New Girl, and coming in from outside the acapella world to pen Pitch Perfect.

This episode is sponsored by BaubleBar (code: SHADE), JustFab, and Sun Basket.

LIVE from Largo in Los Angeles, Kay Cannon of Pitch Perfect and 30 Rock joins Paul, Jason, and June to discuss Shaquille O’Neal as the one and only rapping genie in the 1996 film Kazaam. They’ll cover everything from what Max’s dad really does, whether a genie can ask another genie for a wish, and the tale of how Kazaam was born. Plus, everyone talks about the movie calling Jesus a genie during Audience Q&A!

Attention: The Crash Test special that Paul & Rob Huebel performed on a 60 foot glass bus is coming to Comedy Central on January 23rd. Set your DVRs!

Don’t forget to check out Blake Harris’ Oral History of Kazaam over at www.slashfilm.com!

Get yourself a BB-8 “What Is Its Mission?” T-shirt or Tote Bag over at http://howdidthisgetmade.bigcartel.com/!

People of the internet: Watch Paul in Fresh off the Boat on ABC and a while ago, Paul and Rob Huebel did a comedy special on a 60 foot glass bus that traveled around LA and now you’ll be able to see it. Go to https://itun.es/us/3M4J9 now to buy it! You can also see Jason in Transparent on Amazon and in Sleeping With Other People on iTunes! Also, check out June in Grace and Frankie available on Netflix, and in all the episodes of NTSF:SD:SUV:: on HULU for free, and Jason in The Dictator (he’s still in it!).

We’re devoting today’s very special episode of Comedy Bang Bang to the movie Pitch Perfect! Writer of the film Kay Cannon and stars Adam DeVine & Hana Mae Lee join us to discuss pool scenes, target demographics, and which songs were sung for the auditions. That’s not all, studio rep Scott Jeffries returns to express his excitement for Pitch Perfect, explains how he got involved with Scientology, and plays a game of Would You Rather? with us that will surely make you shit your pants!