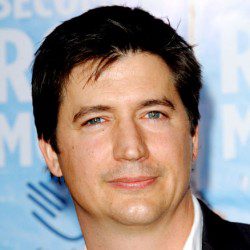 Ken Marino is an original member of The State, Ron Donald from Party Down, Dr. Glenn Richie from Childrens Hospital, Jim Stansel from Role Models, and… do I really have to list all his credits? He’s been in just about everything that’s hip and cool and funny. The Ten, Reno 911, The Sarah Silverman Program, Ken’s been on all of them! He even made his own movie starring Paul Rudd called Diggers. To quote his most beloved character Louie: “I wanna dip my balls in it!”

This week, the Sklars explain why George R.R. Martin simply does not have time to visit practice for the New York Jets and why a drunk Dennis Rodman makes more sense than a sober Dennis Rodman. Then, Randy and Jason welcome to…

Kulap and Howard welcome to the show Ken Marino, who promptly rekindles memories for Howard of where he was the day that Michael Jackson died. Then, Ken demonstrates his flawless impression of Winnie-the-Pooh, his endless curiosity of what music is, and why…

Ken Marino & Casey Wilson of NBC’s Marry Me sing their hearts out on this week’s Comedy Bean Bag! After giving us an oral history of their new show Marry Me, Ken & Casey collabo once more as they create a brand…

Comedic actor and writer, Ken Marino, (Wet Hot American Summer, Burning Love) chats with Kevin about his interest for performing in college leading to a career in acting. Ken discusses being nominated for 2 Emmys in the same category, collaborating with his wife…

I Know Who Killed Me

Is Aubrey a piano prodigy or a stripper? Is it all real or a piece of creative writing? Is this the worst movie Lindsay Lohan has ever been in or flat out the worst movie ever? These are just a few of…

I'm calling it: Ken Marino is the best dad we've ever had on the show! He knows his way around Disneyland, he's super positive, he knows all the coolest stories (had you guys ever heard of Anpanman?) and he's got an awesome…

Paul Rudd freestyle raps in this episode. There is a lot more I could tell you, but that should have sold it. Does he talk with David Wain and Ken Marino about Wet Hot American Summer? Yes, of course, but he also…

It's finally here: Our official Have a Summah episode! Our special guest is Ken "Wet Hot American Summah" Marino who escorts us through the summah's most anticipated movies and albums. The Chart Goose is too busy having a summah to join us,…