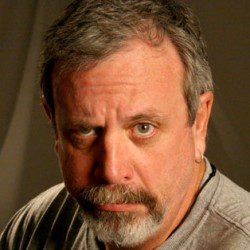 Kevin Murphy has cultivated the act of talking back to the movies into an art form and a career. For ten years Kevin co-wrote and directed the Peabody Award-winning series Mystery Science Theater 3000, and starred as the plucky red robot Tom Servo. Classic episodes of MST3K, as its legion of fans call it, continue to be huge sellers on Shout! Factory DVDs and streaming on Netflix.

Fans of Mystery Science Theater 3000 are in for a big treat! This week on the calming shores we have MST3K veterans Kevin Murphy and Bill Corbett talking puppets, Woody Allen impersonations, and Drive-By Elmos. And Bruce Jenner is back and on…