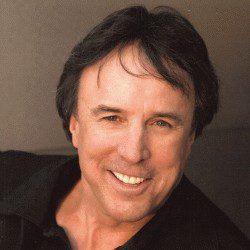 Kevin Nealon is a former Saturday Night Live cast member with the impressive role as Weekend Update anchor. Since SNL Kevin has had recurring and leading roles in series such as Still Standing, ‘Til Death, Glenn Martin DDS, and Weeds. Before landing SNL Kevin had the honor of performing stand-up comedy on The Tonight Show with Johnny Carson. Be sure to read his book Yes, You’re Pregnant but What About Me which is available wherever books are sold.

Comedian and actor Kevin Nealon feels confused that he’s considered Conan O’Brien’s friend.   Kevin and Conan sit down to talk about working on the Hans & Franz musical, perfecting the interview on his YouTube show Hiking with Kevin, and planning a…

Climbing every mountain with Kevin Nealon. This episode is brought to you by LightStream (www.lightstream.com/pardo), Harry’s (www.harrys.com/pardo), and Quip (www.getquip.com/pardo).

Join Kevin as he sits down with actor and comedian Kevin Nealon (Man with a Plan, Weeds). Kevin and Kevin chat about bombing at Camp Pendleton, stalling through auditions, and Sean Connery's GPS.

Kevin Nealon, of Saturday Night Live and Weeds, is a fellow stand-up that Randy & Jason Sklar have known for a long time and joins them this week for a Sklartastic episode of Sklarbro Country! He shares a tale of his early…

This week's Comedy Bang Bang serves as a forum to learn about show business from some of the industry's biggest names. From Kevin Nealon auditioning for Cheers to Ben Schwartz freelancing for Saturday Night Live, you'll have an earful of exclusive knowledge before you…

Dammit That Was a Hot Jam

We at Earwolf are pulling out all the stops to make this the most hilarious Christmas possible! Friends of the show Kevin Nealon, Tig Notaro, and Sarah Silverman start the show off right with valuable information about their travel habits, weekly scheduling,…

Rarely does the show go super-informative-like, but this episode is a great look into the life of the “Not Ready for Prime Time Players” that make up Saturday Night Live. From the classic Laraine Newman, to the modern Casey Wilson, and the…