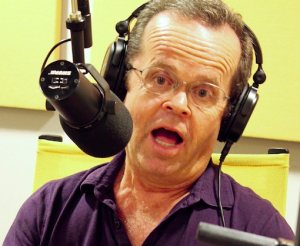 Kevin is one of 6 siblings who always stole the scenes and attention since he was born. He performed in school plays and family skits while growing up. He attended Pasadena City College and Los Angeles Valley College studying cinematography while touring with The Original Harmonica Band and The Hollywood Shorties Smallest Sports Team. Along the way he started auditioning and landed a role in the classic sci-fi film Blade Runner (1982) delivering his first on camera line “Home again, home again jiggity jig, Good Evening JF”. Later he would work again alongside Harrison Ford in the Star Wars IV-Return Of The Jedi (1983). He continued in the made for television movies as the Ewok Chukha Truk in The Ewok Adventure (1984) and Ewok Battle For Endor (1985). Kevin appeared in the 80’s cult films Weird Science (1985), Amazing Stories (1985), Twilight Zone (1986), Night of The Creeps (1986), Garbage Pail Kids (1987), Spaced Invaders (1990), Looney Tunes Back In Action (2003) Epic Movie (2007)and Mirror Mirror(2012). Television brought Kevin into your living room with such shows as Married With Children, Growing Pains, Boy Meets World, Bob Newhart, Carol & Company, Ally McBeal, Charmed, Malcolm In The Middle and Dexter. A memorable moment for Kevin was being in the opera Tales Of Hoffman, sitting on the lap of Placido Domingo and his favorite role was starring as Micky alongside Carol Burnett. He has been published in the book “The Star Wars Vault” as well as several newspapers and magazines. Kevin has a few trading cards as the character Ali-Gator and his Ewok character.

Return Of The Jedi with Kevin Thompson

Yub nub! On the final of three very special Star Wars trilogy episodes of I Was There Too, Matt is joined by Kevin Thompson who played the Ewoks Chubbray and Paploo in the original 1983 film Return Of The Jedi. Kevin tells…