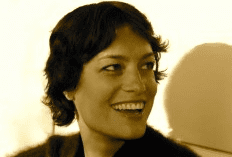 Lea Thau is a Peabody Award-winning producer and director, and the creator and host of Strangers. She was the Executive and Creative Director of the storytelling organization The Moth from 2001 to 2010, and created the enormously popular Moth Podcast, as well as The Moth Radio Hour, for which she won a 2010 Peabody Award as Director, Producer and Co-host. The show was launched in August 2009 and is currently carried by nearly 300 US public radio stations. Under Lea’s leadership, The Moth grew from having a local mailing list of 5,000 people to being a national community with millions of listeners, storytellers and participants. As Executive Director, Lea increased The Moth’s annual revenues by 800 percent. Lea has directed, produced or executive produced more than 1,000 live storytelling shows around the country and has worked extensively with hundreds of individuals, one-on-one, to develop their stories, including Ethan Hawke, Margaret Cho, Darryl “DMC” MacDaniels, Marc Maron, Moby, Garrison Keillor, and many, many others. She has also taught storytelling to organizations around the country, including Google, Nike, Time, Inc. and many others. Originally from Denmark, she first came to the US as a visiting scholar at Columbia University in 1996.

Lea Thau is one of the strongest influencers of the modern storytelling style that has taken off in radio, television, advertising, and, of course, podcasting. She is a Peabody Award-winning producer and director, the former executive director of The Moth storytelling organization, and now the…