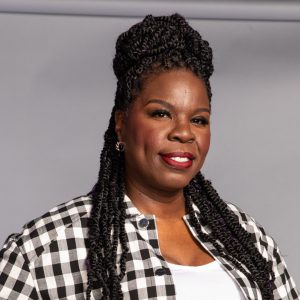 Leslie Jones is a stand-up comedian, actress, and two-time Emmy-nominated cast member of Saturday Night Live. She has starred in such films as Paul Feig’s GHOSTBUSTERS, TRAINWRECK, TOP FIVE, and the animated feature SING. After Leslie’s live-tweets of the 2016 Summer Olympics went viral, NBC invited her to Rio de Janeiro as an official Olympic correspondent.