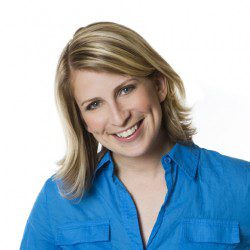 Liz Feldman has been working in comedy since she was 16 years old and starting performing stand-up. Since then she’s picked up a hearty serving of television and theater credits. She won four Emmys for writing and producing The Ellen Degeneres Show and has written on shows as varied as All That and Blue Collar TV. She can be found vlogging on This Just Out, a web series featuring LGBT performers.

Showrunner Liz Feldman sits down with Cameron to discuss her show Dead to Me on Netflix, her long career working in comedy, and what she learned from working with Ellen.

"3 Second Rule", Visualizing Your Partner and Poems from Mom

Liz Feldman (This Just Out) joins Matt and Dave to tell the story of how she met her wife, visualizing the partner you want, coming out to her parents, and more. Dave also shares with Matt his new obsession with drag queen…