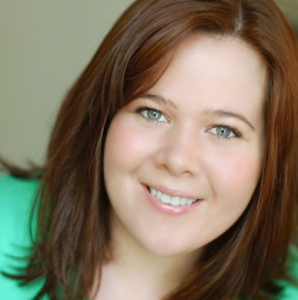 Marcy is an actor and writer living in Los Angeles, CA. She began studying and performing short-form improv as a teen in Louisiana. She continued her studies when she moved to NYC in ’05 studying long-form improv at both the Upright Citizens Brigade and The Magnet theaters. She was contestant and winner of the web-based reality series Project Improviser. While in NY Marcy was a member of the UCB Harold teams Beverly Hills and Badman. She performed sketch with the UCBTNY Maude team Arbuckle. Marcy co-wrote and starred in Girl Camp the musical, she also co-wrote the musical Newsadoozies. Since moving to LA in 2011 she has been on UCBTLA Harold teams The Great War, Cooper, and Outside Dog. She currently performs in Search History at UCBTLA and Cat Ladies. Marcy has been seen on Comedy Bang Bang, The To Do List, and short We Are Brain.

Former teacher’s assistant Sanjie Walker (Marcy Jarreau) joins Marissa and Listler to talk about her time in Women’s Federal Prison and becoming an Instagram model. We also hear Sanjie’s exciting news about being on the Kenyan version of 90 Day Fiancé and…