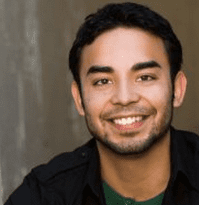 Marques Ray first started performing as a singer with the R&B group “MFC.” He later joined the Hip-Hop group “Hot-Squad,” based out of Bakersfield, California. People thought it was a joke, even though he was dead serious, and continued to follow Marques, expecting a comedy show. You may have seen him on MTV’s Wild N’Out, Nick Swardson’s Pretend Time, Comedy Central’s Krod Mandoon, Mind of Mencia, or at the grocery store as the guy who keeps getting asked where the avocados are, even though he doesn’t work there.  He is one-half of the sketch team Marq N’ Park, with Randall Park. He’s also on the Maude team Tut. He is a Dodger season ticket holder and he loves his Grandma.

Professional podcast guest Whitney Cummings joins Scott to chat about pranking Chris Klein during her time on Punk’d, nervously lying to John Goodman on the set of the new Roseanne, and her new film The Female Brain. Then, professional luger Barry Big…

Actor and comedian Dennis Gubbins joins Randy and Jason for the penultimate edition of Sklarbro County! Daniel Van Kirk shares stories of a sword fight gone south, a college freshman who found out why you shouldn't snap and drive, and a New…

Stand-up comedian Josh Wolf (Chelsea Lately) makes landfall in Sklarbro Country this week, where he joins Randy and Jason for discussions about the pessimism of being a Boston sports fan, which of his jokes his son hates, and taking a trip to…

The Beauty of the Shakespeare

Legendary professional wrestler Diamond Dallas Page joins Randy and Jason on Sklarbro Country's Wrestling Week. Diamond describes the captivating and intricate history of a professional wrestler and how he helped inspire other wrestlers. He also discusses how his own modified yoga, called…

Incredible improviser and sketch comedian Marques Ray joins the County boys to talk about growing up in Bakersfield, California, honing his comedy chops at the UCB theatre in LA alongside Daniel Van Kirk, and doing a set of comedy as a character…

Randy and Jason discuss a pro football player that picks a fight with a police dog and a race car driver who's the master of downplaying all serious situations. Then, the Sklars welcome Joel Stein who talks about growing up a sports…

Randy and Jason welcome to the show actor Chris Sullivan who joins the conversation of Caitlyn Jenner receiving the Arthur Ashe Courage Award, as well the luxury of working on the incredibly authentic set of The Knick. Also, Daniel Van Kirk covers…

Randy and Jason welcome to the show comedian, improviser, and author Greg Proops, who discusses his new work 'The Smartest Book In The World,' as well as how writing reinvigorated his passion for comedy in a whole new way. Then, the gang…