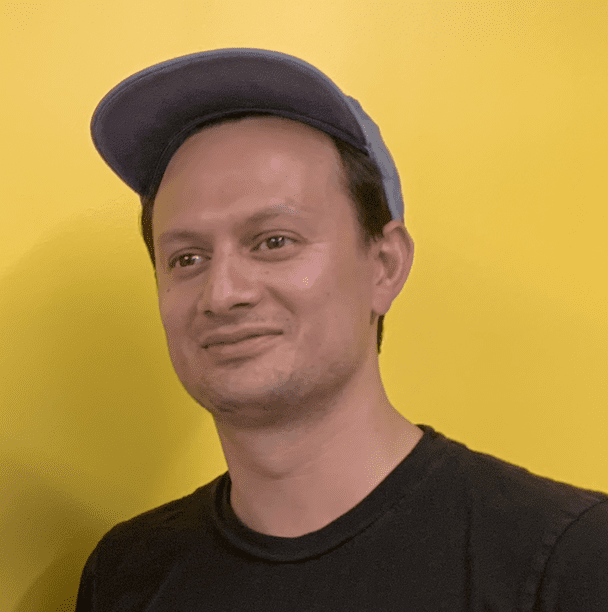 Michael is a Filipino-American comedian who performs, writes, directs, and produces at the Upright Citizens Brigade Theatre in New York City. As an improviser, Michael has been seen in ASSSSCAT, What I Did For Love, and Baby Wants Candy. On the web, he’s been in web videos for Improv Everywhere, Funny Or Die, Above Average, reddit, and College Humor. He played Harry Potter in UCB’s Kirk Cameron Repertory Players present A HARRY POTTER MUSICAL. He’s appeared in both the stage and MNN versions of The Chris Gethard Show, he’s in the upcoming season of Crashing on HBO, and he’s in the soon to be released short Papercop. At UCB he directed the two-person musical Fucking Identical Twins. He was a Creative Consultant for Billy On The Street and wrote for @midnight’s pilot presentation.. A pilot he co-wrote and starred in, Good Dads, was recently screened at NYTVF. Terrible Babysitters, a webseries that he created with D’Arcy Carden, was part of SXSW’s comedy line-up. Additionally, he wrote for Nickelodeon’s Creative Lab and an animated kids show on Netflix. He wrote this year’s Inner Circle event for Mayor Bill de Blasio, Ben Stiller, Anthony Atamaniuk, Denis O’Hare, and others. Michael is the head writer of UCBComedy’s Digital Team The Backyard. His blog on education, shityoushouldknow.tumblr.com, has been endorsed by Steven Strogatz and Techcrunch.com, among others. Michael is the founder of The Ally Program, a diversity initiative (endorsed and supported by UCB) that identifies talented and motivated UCB students and offers them mentors and free workshops.

Joyelle Johnson and John F. O’Donnell join Negin for a discussion on the pros and cons of rationality. Later on, Jena Friedman and Michael Cruz Kayne decide if they’d rather be intelligent or hot, and address other eternal questions.

Jena Friedman and Michael Cruz Kayne join Negin to break down how coronavirus could affect voter turnout in November and their thoughts on celebrities putting out quarantine content. They also discuss Negin’s use of the phrase “you guys” and whether Jena’s viral Stephen Miller tweet was a joke or performance art.

Negin is joined by Benari Poulten and Michael Cruz Kayne to gab about artificial wombs, the streaming wars, and gun reform. It’s funny!

Guest host Kaitlin Fontana (Full Frontal with Samantha Bee) chats with Michael Cruz Kayne and Catie Lazarus about the ongoing government shutdown and who its real victims are. Then, the trio looks ahead to the looming 2020 election and back at 2018 as a whole. Plus, an update from Negin!

Comedians Keisha Zollar (The Opposition) and Michael Cruz Kayne (The Exhibition) join Negin to discuss reports that the Trump administration is considering a narrowing of the definition of gender. The proposal would effectively erase protections for trans people. Then, the panel chats about the ‘pink wave’ and if the term treats female candidates as a novelty. Finally, they unpack the growing trend of smart assistants such as Alexa. They ask: Is convenience worth the price of privacy?

Literal babbling brooks, navigational-related drama, too many siblings, talking woodland creatures and SO much more are all in this very special live edition of OFF BOOK from the Now Hear This: Podcast Festival. Starring Griffin Newman (The Tick, Blank Check Podcast) and Michael Cruz Kayne (ASSSSCAT, Baby Wants Candy) with Dan Reitz on piano!