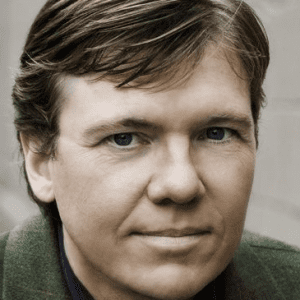 Michael Delaney has been acting, writing and directing comedy in NYC for 20 years. He is a founding member of The Swarm, The Stepfathers, and Delaney & Dave who won the 2006 Nightlife Award for best comedy group. Acting credits include The Other Guys, Big Lake, Curb Your Enthusiasm, Will Ferrell’s You’re Welcome America – A Final Night With George W. Bush, Late Night With Conan O’Brien, Important Things With Demitri Martin, ONN, The Onion Movie, SNL and Human Giant. Michael has directed countless improvised and scripted shows including Naked Babies, Respecto, and Casey Wilson & June Rafael’s Rode Hard and Put Away Wet for the USCAF in Aspen. Michael has written for The Onion News Network and was head writer for The Edge. He has taught at UCB since 1999 in long form improv and sketch comedy writing, and is an adjunct professor at Columbia University’s film department.

Recorded LIVE from the 16th Annual Del Close Marathon in New York is part 1 of an epic improv4humans featuring an amazing roster of improvisers that include Chad Carter, Seth Morris, Adam Frucci, Tim Martin, Michael Delaney, Shaun Diston, Gavin Speiller, Jeremy Bent, Sean Casey, Craig Rowin, Anthony Atamanuik, Langan Kingsley, and Kassia Miller. Listen as they become puppies who do whatever it takes to get adopted, their honest truth as children in a church is a little too honest, follow a man who is aroused by all things Harry Potter, and much more! Make sure to get the UCB Comedy Improv Manual, Matt Besser’s new comedy album at mattbesser.com, and Dragoon’s new album at dragoongalaxy.bandcamp.com!

Naturebox. Go to Naturebox.com/improv to save 50% on your first purchase of delicious snacks.

Squarespace. To support the show head to www.squarespace.com and use the offer code YESAND.

This episode is sponsored by Cards Against Humanity.

Welcome to improv4humans with Matt Besser! Join Matt Besser, 4 humans –Horatio Sanz, John Gemberling, Michael Delaney, and Brian Huskey– and 1 musician, David Bazan, for this extra special musically inspired episode of improv4humans. On this episode you’ll learn all about trying to connect on the 70s, corny poops and fluffy floaters, and what to do when shit goes down in Atlantis. When you’re done listening to this make sure to go buy a full album, of David Bazan’s music, and don’t forget to TRY LIFE.  We’ll see you all at the Chicago Improv Festival and make sure to get the UCB Comedy Improv Manual, Matt Besser’s new comedy album at mattbesser.com, and Dragoon’s new album at dragoongalaxy.bandcamp.com!

This episode is sponsored by Squarespace. Use promo code GAME for 10% off and a free trial.

Andy Secunda, Mike Delaney, and Sean Conroy are at it again on this week’s improv4humans with Matt Besser! Tune in as half of the legendary team, The Swarm, discuss getting waffle boxed, the kind of friend you want on your death bed, and a de-cluttered Oscar the Grouch. Plus, they dissect several hilarious Crap on Youtubes, analyze some non-indigenous snowballs, and finally figure out–once and for all–who shit in the family bible.  Make sure to get the UCB Comedy Improv Manual, Matt Besser’s new comedy album at mattbesser.com, and Dragoon’s new album at dragoongalaxy.bandcamp.com! Check out Improv4humans at SXSW and the Chicago Improv Festival!

Michael Delaney, Will Hines, and Anthony King are back to join Matt Besser for another edition of What’s Bothering You? in which they create a new L.A. County seal on this week’s bonus improv4humans. Make sure to get the UCB Comedy Improv Manual, Matt Besser’s new comedy album at mattbesser.com, and Dragoon’s new album at dragoongalaxy.bandcamp.com!

This precious episode of improv4humans is jam packed with the cutest improvisers in the universe, Michael Delaney, Will Hines, Anthony King and of course, your host Matt Besser. Tune in to hear about the REAL origins of the show ‘The Walking Dead’, Matt Besser’s rules of driving, farting out babies, and becoming known as the whip cream whippets guy. Watch out for Mr. Sparkles y’all! Check out Improv4humans at SXSW this weekend and make sure to get the UCB Comedy Improv Manual, Matt Besser’s new comedy album at mattbesser.com, and Dragoon’s new album at dragoongalaxy.bandcamp.com!