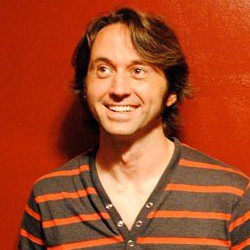 Mike Phirman makes some of the best comedy music imaginable. You might have seen him as the non-Chris Hardwick half of Hard ‘n Phirm performing on Attack of the Show, Atom TV, and their very own Comedy Central Presents. He’s a skilled producer, his latest production being Garfunkel and Oates All Over Your Face. He recently self-released a solo album hilariously titled The Very Last Songs I Will Ever Record: Part 1.