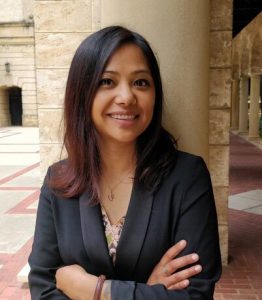 Mona Chettri is a Post-Doctoral Research fellow at the Australia-India Institute, University of Western Australia. She has worked extensively on urbanisation, ethnicity, environmental politics and development in the eastern Himalayan borderlands of Sikkim, Darjeeling and east Nepal. She is the author of Constructing Democracy: Ethnicity and Democracy in the eastern Himalaya (Amsterdam University Press, 2017) and co-editor of Development Zones in Asian Borderlands (Amsterdam University Press, 2021). Her current research focuses on the intersections between gender, labour, urbanisation and infrastructure in the Sikkim-Darjeeling Himalaya, India and Himalayan immigrant labour in Australia.

How Ranging Is The Eastern Himalaya? with Dr. Mona Chettri

What comes to mind when you think of the Himalaya? For Jonathan, it’s a whole lot of questions! This week’s guest Dr. Mona Chettri gives us a glimpse at life in the eastern Himalaya, including how political borders have shaped the region;…