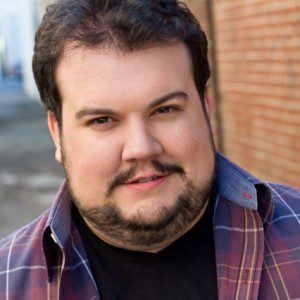 Nick Mundy is an actor, writer and a member of the sketch group Team Tiger Awesome.

Last Halloween (https://goo.gl/Eu1CJU) we spooked you with  a melange of real-life horror stories that had little explanation. There was the dead girl who was found in a water tower above the hotel where she went missing. Security tapes were inconclusive, except for one minor detail: it appeared as if she was hiding and running away from…absolutely nothing. Was it a ghost? An inter-dimensional monster? A coked-up Harry Potter in his invisibility cloak? We have no idea. Scary.

There was also the story of Major Henry Rathbone, the unfortunate fellow who took the invitation of Abraham Lincoln to see a play at Ford’s Theater. Rathbone was so wracked by guilt over Lincoln’s death that he straight-up turned into Jack Nicholson in ‘The Shining’ and slaughtered his whole family. Horrifying.

So in anticipation of All Hallow’s Eve, Jack O’Brien is joined by first time co-host Nick Mundy as well as Cracked’s Carmen Angelica and Josh Sargent and comedians Eric Lampaert, Ryan Singer and Anna Seregina to share more macabre and strange stories that actually happened. They’ll discuss the thousands of missing people in our national parks and why the government may be covering it up, the French impostor who killed his entire family, the scary clowns that are tormenting America right now, the French Jack the Ripper and the famous serial killer H.H. Holmes, who may be the actual Jack the Ripper.

Also, you can see us on Saturday, October 29th at the Now Hear This podcast festival in Anaheim, California. We’re on an amazing lineup with other podcasts like WTF with Marc Maron, Doug Loves Movies, I Was There Too and Superego. Use promo code CRACKED to get 25% off 3-day GA passes. Tickets and information available here: https://goo.gl/R8gzMX

NBC News: Creepy Clown Sightings Across the US: https://goo.gl/lYFQtA

This episode is brought to you by Blue Apron and Adam and Eve.

Randy and Jason welcome to show pro-wrestler Chris Jericho, who talks about being the son of a pro-hockey player, life in wrestling, and what it’s like to take a spike to the head. Additionally, Chris talks about the transitioning world of professional sports and how it relates to stand up comedy. Then, the Sklars welcome to the show Nick Mundy, who explains why Chris Jericho was the perfect candidate for his new show, wherein he portrays a cop, in between crimes. Later, the gang discusses a Nascar fan who takes his passion for the sport too far and a soccer player who doesn’t know what a prank is. Lastly, Manny Pacquiao stops by in studio to talk about how he’ll keep himself busy during his shoulder rehab.

Andrew Ti and special guest Nick Mundy finish the week off by discussing the U.S. State Department recommending women wearing a wedding ring while traveling. As always, leave us a message about anything you think is racist at (323) 389-RACE.

Nick Mundy & Andrew talk about people who claim to not be able to racist if they are in an interracial marriage. Be sure to keep leaving us messages at (323) 389-RACE.

The hilarious Nick Mundy & Andrew talk about the phrase “you’re too White for cocaine.” Make sure to leave us a message about anything you think is racist at (323) 389-RACE.