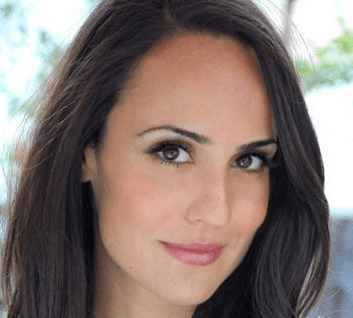 Nicole Shabtai is an Actor, Writer, Producer, and Bar Mitzvah Dancer. She is a graduate of Duke University, where she studied English, Theater, Film, and Bar Mitzvah Dancing. The last part of the previous sentence is false. Nicole was born with an innate talent for said job, and has never studied dance of any kind. She is however an advanced level student in both improv and sketch comedy at UCB, where she has studied since 2008. Nicole works with the ever popular LandlineTV, which is a comedy production company based in Brooklyn. She is originally from New York City, and has the nasty habit of sending orchids to Joan Didion’s private residence.

Danielle is joined by hilarious writer and undercover housewives reporter Nicole Shabtai who brings us an (old) boot on the hallowed ground of New Jersey. Plus she asks the biggest most important question of our time “why weren’t cameras at Todd Tucker’s Micheal Jordan bday party?!!!” They are also joined by empath to the stars Jamie Stein who goes deep on the dark soul of Vanderpump Rules and Casey’s birthday Cameos to Danielle finally arrive, each one more glorious and “cutting” than the next.

Casey and Danielle sit down with guests Nicole Shabtai and Doug Mand. This attractive, hilarious couple has a lot to say about all things Housewives and have even brought their own watching habit issues to their couples therapist. Breakthrough’s are made. Casey and Danielle also grapple with a missed event and accuse guilty parties. And Casey makes an announcement concerning a surprise visitor to her home that no one will be ready for…

Casey is down with the flu this week (RIP Casey) but Danielle is joined in her own nook by actress and New Jersey apologist Deanna Russo who gives us new insight into the garden state and the garbage people who inhabit it. Plus Bitch Sesh favorite Nicole Shabtai graces us with our biggest investigative piece yet, she was BOOTS ON THE BOAT at PK’s 50the birthday party and she has tales to tell!!!!

Also Danielle’s husband Matt Besser stops by to reclaim his honor in light of his controversial lingerie purchase. It’s a jam packed episode that is sure to win us our first Pulitzer!!

59 — Tiffany Trump Got To Go Outside (w/ Nicole Shabtai)

First Daughter Tiffany Trump (Nicole Shabtai) is very excited to be out of her house and at the Hard Nation studios. She tells Mark & Pete about her Warby Parker internship, why hair is a great low-calorie meal, and why her knuckles are bleeding. Plus: Tiffany and Mark plan their revival of Grease.

Join Casey and Danielle in the nookiest of nooks with Upper East Side insider/outsider Nicole Shabtai as they discuss Jacqueline’s state of mind, Kelly Dodd’s alluringly painted large mouth, Heather’s umbrella and hurtful nose flicks. The girls announce a mini tour and give info for upcoming live shows in Anaheim, San Diego and San Fransisco!

This episode is sponsored by Psychic Source, Glossier, and Havenly.

She’s a hilarious comedy actress/writer/producer and friend  – not to mention a hairless beauty and mensch, NICOLE SHABTAI came on and discussed what brought her laser hair removal lady to tears, why her husband’s bachelor party kinda sorta rocked her world, and why she’s decided to say buh bye to the marijuana. Enjoy!