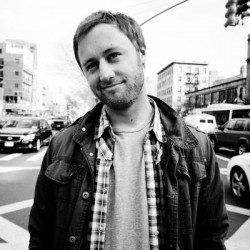 Rory Scovel is a stand-up comic who has brought his act to Late Night with Jimmy Fallon, Comedy Central’s Live at Gotham, and John Oliver’s New York Stand-Up Show. He has performed with comedians such as Louis CK, Nick Swardson, and Daniel Tosh as well as tour the country with Nate Bargatze, Jarrod Harris, and Sean Patton as the Southern Comedy Quartet.

Rory Scovel and Daniel Van Kirk join Conan to talk about their podcast Pen Pals and to answer a listener question on how to fall asleep fast.   Listen to Pen Pals here.   Wanna get a chance to talk to Conan? Submit…

Comedian Rory Scovel talks with Andy Richter about honing his specific stand-up style, releasing his show Robbie in the midst of the pandemic, and the benefits of taking himself off his mind.

Comedian Rory Scovel feels grateful about being Conan O’Brien’s best friend.   Rory sits down with Conan to talk about selling the most bizarre bits onstage, fights in the audience, and his new podcast Dads. Later, Conan recalls his search for family…

Jessie and Mike Have Dad Fever

Fans of Inside Conan are undoubtedly familiar with the comedian Rory Scovel, whose amazing success can probably be attributed to his guest spot on our live show at the Team Coco House at Comic-Con last year. Now Rory has a brand new…

RORY SCOVEL joins The Boys to give The Bachelor an important upgrade.

(This is a rebroadcast from 2/28/2013. As the Put Your Hands Together team takes a break during the month of December, we invite you to enjoy this gem from our archives.) Peerless sets from Rory Scovel, Myq Kaplan, Beth Stelling, Greg Barris,…

Stand-up comedian Rory Scovel returns to join Scott to talk about his new Netflix special “Rory Scovel Tries Stand-Up for the First Time,” what exactly is funny, blindfolded babysitting, and the farthest he’s ever walked. Then, salesman Justin Hoffman stops by to…

Comedian Rory Scovel talks to Randy and Jason about The Masters and Rory's new special, which can be found at RoryScovel.com. Daniel Van Kirk brings a County Story of a Portland man who stole a custom-made vest from a stuffed bear. Later,…

Comedian and actor Rory Scovel joins Howard and Kulap on this week's Who Charted. They discuss Howard's complicated optometrist situation and Rory Stories during Shazam's Top Future Hits chart. Kulap demonstrates her impressive kickboxing skills in the Video Games chart. Plus, the…

It’s a full house today in the County as Rory Scovel returns along with sergeant in arms, Nate Fridson! We hear how Rory did a 50 minute stand-up set as his German character, get a preview of his upcoming TBS comedy “Ground…

You don’t have to search for the nearest two-story church to enjoy this week’s Sklarbro Country! Rory Scovel joins Randy & Jason to discuss his love of making pre-game soccer speeches, experimenting with his creepy German side, and the power of crowds.…

THE GOOD ONE ROBOT IS HERE! Everyone had been requesting it, and here it is! The Good-One robot! This almost makes up for the awkward addition of Julie Penzmere, Scott's ex-girlfriend (if you can call her that, I mean, they only dated…

Of course we all miss Mr. Show, but fortunately Scott recreates the magic by having on Mary Lynn Rajskub. She updates us on what has happened in her life since 1996, and that one show she's on. It's a number or something….ugh,…