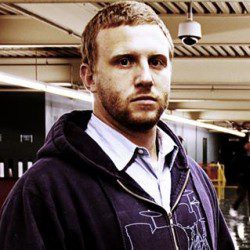 Ruben Fleischer is a director whose 2009 film Zombieland took the world by storm. By that I mean I liked it a lot, and most other people did too. Prior to Zombieland, Ruben directed many short films with Earwolf guests like Nick Thune and even directed the first couple of Between Two Ferns videos. His new film is called 30 Minutes or Less and it stars Aziz Ansari, Nick Swardson and other Earwolf guests, so you’re pretty much required to go see it.

Can't Never Did Nothing

This week's Comedy Bang Bang is perfect for all our ambitious listeners looking to make their dreams come true. Hear how director Ruben Fleischer created a career in comedy which has afforded him the chance to meet his idols. Be inspired by…