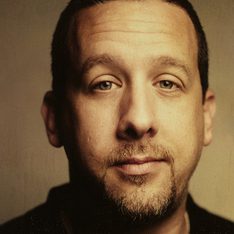 Ryan Sickler is a stand-up comedian who currently resides in Los Angeles. His television appearances include TBS’s The Pete Holmes Show, Comedy Central’s Tosh.O, Live At Gotham and Cutman and CBS’s The Late Late Show.  Ryan is also an informed sports fan and appeared as a regular on Fox Sports. Beyond standup, Ryan Sickler is an engaging storyteller.  You can catch him every Tuesday on his podcast, The CrabFeast.  Inspired by his hometown, the show celebrates the things Ryan loves most — storytelling, family, friends and comedy.

Comedian, new dad and fellow podcaster Ryan Sickler of The CrabFeast podcast joins the guys on this week’s Sklarbro County! Ryan talks about his soccer coach from middle school, why he wouldn’t go to the Superbowl to root for his own team,…