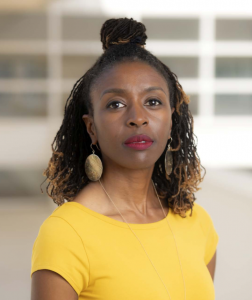 Sabrina Strings, Ph.D. is a Chancellor’s Fellow and Associate Professor of Sociology at the University of California, Irvine. Sabrina has been featured in dozens of venues, including BBC News, NPR, Huffington Post, Vox, Los Angeles Times, Essence, Vogue, and goop. Her writing has appeared in diverse venues including, The New York Times, Scientific American, Ethnic and Racial Studies, and Signs: Journal of Women in Culture and Society.

How F$^*#d Up Is Fatphobia? with Professor Sabrina Strings

What do Enlightenment-era paintings, 19th-century American fashion magazines, and Sir Mix-A-Lot’s “Baby Got Back” have in common? They’re all strong examples of what fatphobia has to do with race, class, and gender discrimination. This week, learn all about the origins of anti-fat…