Sean O’Connor is an LA-based stand up comedian, he was a New Face in 2011 at the Montreal Just For Laughs Comedy Festival, he has appeared on Conan twice, he has been featured on Vh1 and MTV. Not just a stand up, Sean has also written for a variety of television shows/award shows including MTV’s Video Music Awards, The Sports Show with Norm Macdonald, Upload with Shaquille O’Neal and upcoming The Ben Show on Comedy Central 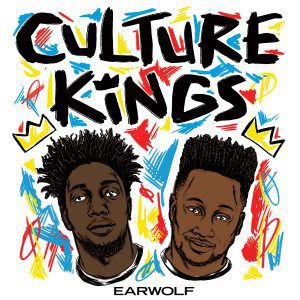 Sean and Hayes discuss good apologies and give out awards to the most choice critics in a segment called "Choice Critics Critic's Choice Awards". Then, hilarious stand-up comic Sean O'Connor is in the studio to talk to the guys about ruling @midnight…

The hilarious & talented Sean O'Connor drops by the county this week to talk about writing for the ESPYs, working with Jon Hamm & what is was like to grow up as a sports fan in New Jersey. The guys talk about…

Professional comedy person Sean O’Connor joins Jake to talk about his connection to Mannequin Two: On The Move on this week’s edition of THE FOGELNEST FILES! Sean tells us about making friends at a Ke$ha/Pitbull concert, why Bill Maher the Science Car…

Andrew Ti and special guest Sean O’Connor finish the week off by talking about whether it's racist that a caller’s wife who is white & a quarter Asian talks shit about Asian people. As always, leave us a message about anything you…

The N Word In An Academic Setting

Today Andrew Ti & Sean O’Connor give advice to a college student who is uncomfortable reading the n-word out loud in class. Bleep yourself and keep leaving us messages by calling (323) 389-RACE.

A caller believes that we've been bagging on the South for being racist. Andrew Ti & Sean O'Connor give their reasons for doing so and Sean tells us about his recent fight with Nascar fans. Be sure to keep leaving us messages…

Sean O’Connor & Andrew Ti lay down the rules on which raps white people can do at karaoke. Make sure to leave us a message about anything you think is racist at (323) 389-RACE.

Andrew Ti welcomes the first returning guest, Sean O’Connor to talk about whether it’s racist to assume that black people don’t/do know their dads. Be sure to call us at (323) 389-RACE to ask if anything is racist.

Sean and Hayes spill on their New Year's resolutions, then celebrate Tate Stevens, winner and possessor of the X-Factor. Next the guys get into Bart's impressive performance on Top Chef despite his being ten years old, then speculate as to what's next…

We’ve made it to the end of Cloud Atlas week with Andrew Ti, Sean O’Connor, and Noah Garfinkel. Today they talk about all of the White actors in Asian face, Halle Berry as an old Asian man, and why they recommend watching…

Yo, what up Cloud Atlas heads! This week Sean O’Connor and Noah Garfinkel join Andrew Ti to talk about the racial fuck fest that is Cloud Atlas. They talk about what they could have accomplished in the time they watched Cloud Atlas…

It’s Cloud Atlas week with Andrew Ti, Sean O’Connor, and Noah Garfinkel. Today they talk about how no one is in blackface in this film, Halle Berry in white face, and why spoilers don’t matter. Give us a call at 323-389 RACE…

Andrew Ti and guests Sean O’Connor & Noah Garfinkel have each watched Cloud Atlas twice and need to talk about it. They discuss the slave ship segment, Noah’s grandparents, and Doona Bae in white face. Call us at 323-389 RACE on a…

Andrew Ti welcomes comedians Sean O’Connor and Noah Garfinkel for Cloud Atlas week on Yo, Is This Racist? Today they explain the racial fuck fest that is Cloud Atlas, talk about Halle Berry as Indian Party Guest, and Hugh Grant playing a…