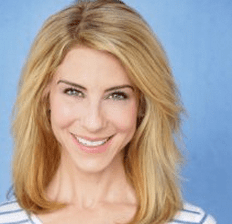 Shulie Cowen has taught improv to kids, senior citizens, and everyone in between. She is a graduate of Northwestern University, a former member of The Second City National Touring Company, and a member of the original cast of the long running musical Schoolhouse Rock Live!. Shulie studied improv in Chicago at The Second City Training Center, The Annoyance Theatre and at Improv Olympic with Del Close. Shulie currently directs and performs in Opening Night: The Improvised Musical! every Friday at IO West. Movie and television credits include Curb Your Enthusiasm, Factory, You Don’t Mess With The Zohan, How I Met Your Mother, and Reno 911!.

Paul F. Tompkins cries tears of joy as he welcomes everyone back to Spontaneanation! This time out, Paul’s special guest is comedian/writer/actor Patti Harrison! Patti chats about which neighborhood she would be in Los Angeles and New York, why she hasn’t been to the dentist in 14 years, and the TV series Beyond Belief: Fact or Fiction. Then, they are joined by improvisers Shulie Cowen, Chad Westbrook, and Ify Nwadiwe, to improvise a story set in a Hospital Parking Lot. And as always, Eban (only the best) Schletter scores it all on piano!

This episode is brought to you by The Jim Jeffries Show Podcast and Leesa (www.leesa.com/PFT code: PFT).

Paul F. Tompkins welcomes every person back to Spontaneanation! This time out, Paul’s special guest is actor/comedian/writer Bryan Safi of Throwing Shade! Bryan chats about who the Denzel Washington in his life is, dancing the dabke, and the unexpected problems that arise when taking your spouse’s last name. Then, they are joined by improvisers Shaun Diston, Shulie Cowen, and Colleen Smith to improvise a story set at a LensCrafters. And as always, Eban (only the best) Schletter scores it all on piano!

Paul F. Tompkins welcomes listeners from around the world back to Spontaneanation! This time out, Paul’s special return guest Oscar Nunez of The Office and People of Earth! Oscar chats about the best gift he received from his mom, falling off a bike while training for a triathlon, and his parents telling him all about the movies they would go out to see. Then, they are joined by improvisers Shulie Cowen and Matt Gourley, to improvise a story set at a Hardware Store. And as always, Eban (only the best) Schletter scores it all on piano!

This episode is brought to you by Indochino (www.indochino.com code: PFT).

Paul F. Tompkins welcomes the audience back to Spontaneanation, recorded in front of a LIVE audience at the world-famous Largo at The Coronet! This week, Paul’s special guest is actor Steven Yeun of The Walking Dead! They chat about what day Steven would go back to relive & change, how Steven got a scar during high-school track warm ups, and Steven’s church band. Paul is then joined by Shulie Cowen, Tawny Newsome, and Chris Tallman, to improvise a story set in an Art Gallery. And as always, Eban (only the best) Schletter scores it all on piano!

This episode is brought to you by Blue Apron (www.blueapron.com/PFT), GlassesUSA (www.glassesUSA.com/Paul), and Indochino (www.indochino.com code: PFT).

76 — A Summer Theatre Camp in Michigan

Paul F. Tompkins welcomes all citizens with different voices to this week’s episode of Spontaneanation! This week, Paul’s special guest is Nicole Parker of MADtv and the Broadway stage! They chat about what small business Nicole would like to own, having terrible adult handwriting, and the unusual private school Nicole attended as a child. Paul is then joined by Shulie Cowen, Mark McConville, and Tawny Newsome to improvise a story set in a Summer Theatre Camp in Michigan. And as always, Eban (only the best) Schletter scores it all on piano!

The next live Spontaneanation happens October 1st at Largo at The Coronet! With improvisors Ryan Gaul, Colleen Smith & Drew Tarver, and special guest Horatio Sanz! Get your tickets for this show and Spontaneanation in Anaheim and Brooklyn at paulftompkins.com/live!

Come see us at the Now Hear This podcast festival: nowhearthisfest.com

This episode is sponsored by Seeso.

58 — Rented Cabin in The Mountains

Paul F. Tompkins welcomes everyone back to SPONTANEANATION, the place you are free to be yourself! This week, Paul’s special guest is Jason Mantzoukas of How Did This Get Made? and Transparent! They chat about the last time Jason told his family he loved them, the correct inflection when saying “How Did This Get Made?,” and the comforts of  Magnum, P.I. Paul is then joined by Shulie Cowen, Matt Gourley, and Amanda Lund to improvise a story set in a Rented Cabin in The Mountains. And as always, Eban (only the best) Schletter scores it all on piano! SPONTANEANATION LIVE returns to Largo on Saturday, June 4th, with improvisors Nyima Funk, Colleen Smith and Chris Tallman, with special interview guest Robyn Hitchcock! Tickets are available now: bit.ly/SPONT616